By midnight the blazing trees along the slopes of Richmond Park and the glare of Kingston Hill threw their light upon a network of black smoke, blotting out the whole valley of the Thames and extending as far as the eye could reach. And through this two Martians slowly waded, and turned their hissing steam jets this way and that.

They were sparing of the Heat-Ray that night, either because they had but a limited supply of material for its production or because they did not wish to destroy the country but only to crush and overawe the opposition they had aroused. In the latter aim they certainly succeeded. Sunday night was the end of the organised opposition to their movements. After that no body of men would stand against them, so hopeless was the enterprise. Even the crews of the torpedo-boats and destroyers that had brought their quick-firers up the Thames refused to stop, mutinied, and went down again. The only offensive operation men ventured upon after that night was the preparation of mines and pitfalls, and even in that their energies were frantic and spasmodic.

One has to imagine, as well as one may, the fate of those batteries towards Esher, waiting so tensely in the twilight. Survivors there were none. One may picture the orderly expectation, the officers alert and watchful, the gunners ready, the ammunition piled to hand, the limber gunners with their horses and waggons, the groups of civilian spectators standing as near as they were permitted, the evening stillness, the ambulances and hospital tents with the burned and wounded from Weybridge; then the dull resonance of the shots the Martians fired, and the clumsy projectile whirling over the trees and houses and smashing amid the neighbouring fields.

Soundless, as it had fought, it died, and though weak from pain and loss of blood, it was with an emotion of triumphant pride that I stepped across its convulsively stiffening corpse to snatch up the most potent secret of a world. A single glance assured me it was the very thing that Perry had described to me.

One may picture, too, the sudden shifting of the attention, the swiftly spreading coils and bellyings of that blackness advancing headlong, towering heavenward, turning the twilight to a palpable darkness, a strange and horrible antagonist of vapour striding upon its victims. And then night and extinction–nothing but a silent mass of impenetrable vapour hiding its dead.

Before dawn the black vapour was pouring through the streets of Richmond, and the disintegrating organism of government was, with a last expiring effort, rousing the population of London to the necessity of flight. 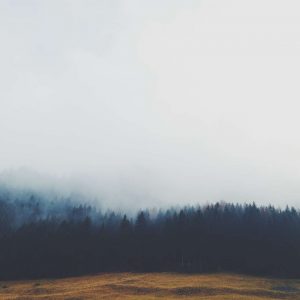 So he got out of the fury of the panic, and, skirting the Edgware Road, reached Edgware about seven, fasting and wearied, but well ahead of the crowd. Along the road people were standing in the roadway, curious, wondering. He was passed by a number of cyclists, some horsemen, and two motor cars. A mile from Edgware the rim of the wheel broke, and the machine became unridable. He left it by the roadside and trudged through the village. There were shops half opened in the main street of the place, and people crowded on the pavement and in the doorways and windows, staring astonished at this extraordinary procession of fugitives that was beginning. He succeeded in getting some food at an inn.

All the railway lines north of the Thames and the South-Eastern people at Cannon Street had been warned by midnight on Sunday, and trains were being filled. People were fighting savagely for standing-room in the carriages even at two o’clock. By three, people were being trampled and crushed even in Bishopsgate Street, a couple of hundred yards or more from Liverpool Street station; revolvers were fired, people stabbed, and the policemen who had been sent to direct the traffic, exhausted and infuriated, were breaking the heads of the people they were called out to protect.

And as the day advanced and the engine drivers and stokers refused to return to London, the pressure of the flight drove the people in an ever-thickening multitude away from the stations and along the northward-running roads. By midday a Martian had been seen at Barnes, and a cloud of slowly sinking black vapour drove along the Thames and across the flats of Lambeth, cutting off all escape over the bridges in its sluggish advance. Another bank drove over Ealing, and surrounded a little island of survivors on Castle Hill, alive, but unable to escape.

So you understand the roaring wave of fear that swept through the greatest city in the world just as Monday was dawning–the stream of flight rising swiftly to a torrent, lashing in a foaming tumult round the railway stations, banked up into a horrible struggle about the shipping in the Thames, and hurrying by every available channel northward and eastward. By ten o’clock the police organisation, and by midday even the railway organisations, were losing coherency, losing shape and efficiency, guttering, softening, running at last in that swift liquefaction of the social body.

And as I grasped it did I think of what it meant to the human race of Pellucidar—did there flash through my mind the thought that countless generations of my own kind yet unborn would have reason to worship me for the thing that I had accomplished for them? I did not. I thought of a beautiful oval face, gazing out of limpid eyes, through a waving mass of jet-black hair. I thought of red, red lips, God-made for kissing. And of a sudden, apropos of nothing, standing there alone in the secret chamber of the Mahars of Pellucidar, I realized that I loved Dian the Beautiful.

For an instant I stood there thinking of her, and then, with a sigh, I tucked the book in the thong that supported my loin cloth, and turned to leave the apartment. At the bottom of the corridor which leads aloft from the lower chambers I whistled in accordance with the prearranged signal which was to announce to Perry and Ghak that I had been successful. A moment later they stood beside me, and to my surprise I saw that Hooja the Sly One accompanied them.

“He joined us,” explained Perry, “and would not be denied. The fellow is a fox. He scents escape, and rather than be thwarted of our chance now I told him that I would bring him to you, and let you decide whether he might accompany us.”

Close
X
We use cookies to ensure that we give you the best experience on our website. If you continue to use this site we will assume that you are happy with it.Ok